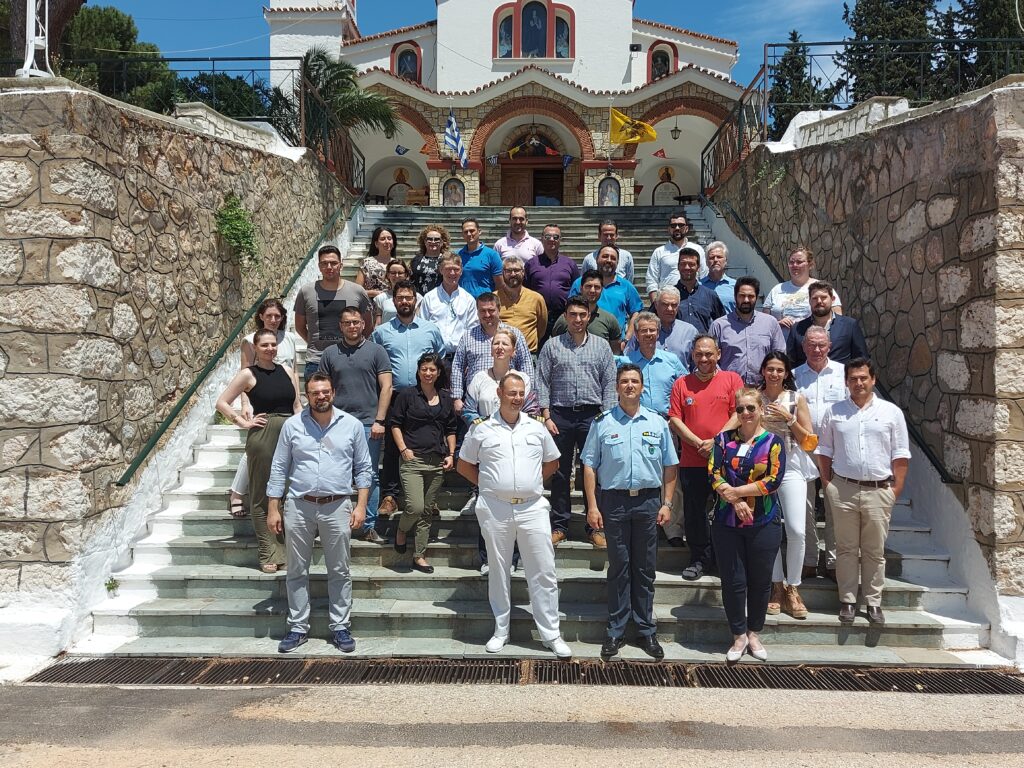 On  June 8-10th, 2022, at the Center for Security Studies (KEMEA) premises, the STRATEGY Project held two Table-Top exercises (TTXs) and a workshop. All were related to the Critical Infrastructure Protection and Response Planning streams, and the workshop was the 1st interoperability workshop undertaken as part of the project.

About the Table-Top Exercises (TTXs)

The TTX, carried out as part of the for the Critical Infrastructure Protection stream and hosted by  KEMEA,  operated with the goal to test and evaluate the following CEN Workshop Agreements, split in two separate TTXs:

The first TTX on Critical infrastructure protection, led by KEMEA and its researcher Dr. Georgios Sakkas, was related to the CWA-2 (Emergency management – Incident situational reporting for Critical Infrastructures) and focused on incidents that affect critical infrastructure and their daily service provision in Greece. The goal was to test the CWA, which is under development and works to report these incidents.

The second TTX focused on the CWA-1 (Semantic layer definition and suitability of EDXL-CAP+EDXL-SitRep standards for crisis management in Critical Infrastructures) was led by Giovanni Fresu (Fire Officer at CNVVF) and Darío Ruiz (ATOS) and described radiological incidents related to critical infrastructures in Italy. In total 49 persons participated physically and 13 persons remotely, operating with roles of players, evaluators, and observers.

The TTX for the Response Planning, carried out the next day,  was hosted by the Hellenic Police with a view to test and evaluate the following CEN Workshop Agreement chaired by Satways, STRATEGY Project Coordinator:

The event was led by Police Major Nikolaos Stefanou and Giannis Chasiotis, the project coordinator (STWS) with an evolving scenario that allowed the discussion of most of the modules of the response plan template proposed by the under development CWA.

The two exercises were of significant importance as specific issues were raised and valuable input was collected which will be used for the advancement of the tested CWAs. At the end of each exercise, the evaluation of the exercise planning and conduct as well as the content of the specific CWAs tested was requested by all participants. The latter was prepared in allignment to  CWA – Evaluation of exercises – Implementation Guidelines. The event was attended physically by 53 participants and 8 participants remotely.

On June 10th, the 1st interoperability event of STRATEGY was hosted and led by KEMEA researcher Danai Kazantzidou-Firtinidou. In total, 40 persons paricipated among them, 4 invited external experts, from AIT, EU-CBRN-E Umea and FSI NRW. The workshop was kicked off with an inspiring keynote speech on standardization in NATO and its significance for achieving international and interorganizational interoperability by Commander Nikolaos Myriounis from the Hellenic Ministry of Defence. It was followed by a  presentation from Georgios Eftychidis (STWS) covering interoperability in crisis management, which launched the core part of the workshop.

The workshop was moderated by Dr. Aikaterini Poustourli (STWS) and Pertti Woitsch (WCO). Dr Poustourli discussed the 4 dimensions of interoperability (legal, organizational, semantic, technical). Participants were divided into four groups related to their expertise in order to ensure the CWAs were covered with relevance. Participants were then requested to identify and present the interoperability among organizations in all four dimensions, ensuring that each CWA properly addresses them. In the coming months, the outcome of this activity will be documented and be made public. It will also be used to provide input for the next interoperability event hosted by STRATEGY. The workshop ended with a discussion moderated by Juliane Schlierkamp (FhG-INT) involving all participants on the challenges and changes in standardization processes in Europe. Thank you to all who participated!