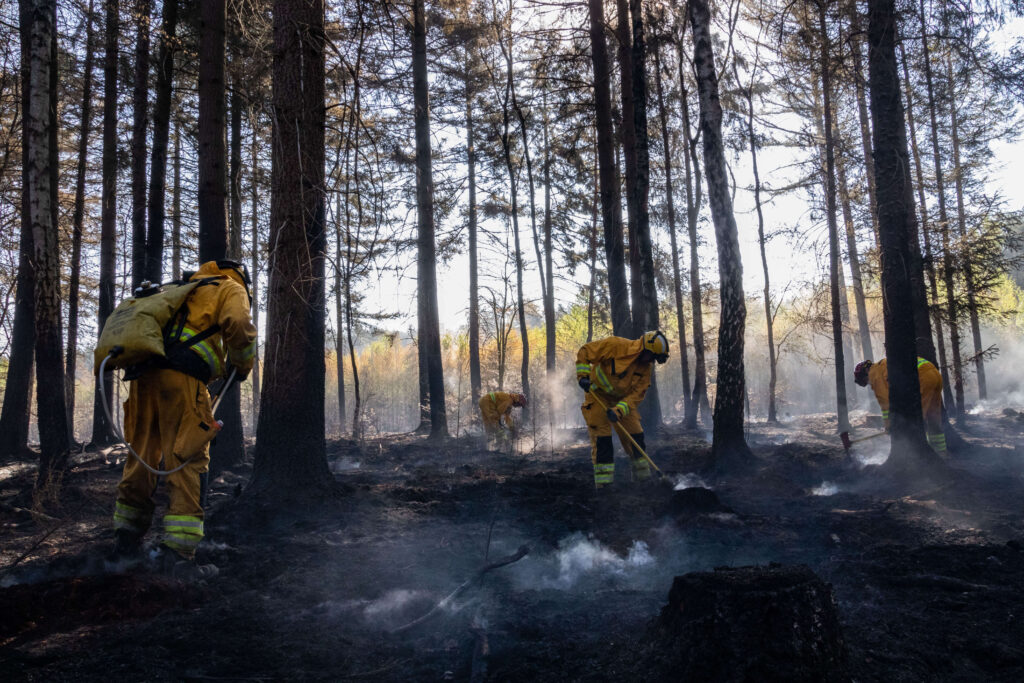 Wildfires are of all centuries. Under the influence of climate change the number of these natural hazards seems to increase fast globally. Even in Siberia ten thousand of hectares of wood have been destroyed in the last few years.

Extreme drought makes our forests very vulnerable. This requires special attention from all of us. The impact of wildfires can be disastrous for flora, fauna and people who recreate in the woods or live in wooded areas.

Scientists forecast that wildfires will become more intense and more frequent, ravaging communities and ecosystems in their path. Emergency services have to be prepared for this. The cause of wildfires can be a natural one, for example a thunderstorm, but more likely it is the consequence of human behaviour. Therefore, it is also of great importance that we keep on investing in proper risk- and crisis communication with the public. Within STRATEGY, that’s one of the goals we want to achieve in the “Early Warning” thematic stream of the project. For example, by developing pre-standardised social media messages, symbols and icons to warn people in different phases: warnings to be careful in dry woods and corresponding instructions – in the context of prevention – and instructions on what to do when actually facing a forest fire. The elements of the messages and symbols have to be recognisable and available in more languages. In July 2022, these aspects of the project were tested in the Netherlands, during a discussion-based exercise with STRATEGY partners and external experts in the headquarters of Safety Region IJsselland in Zwolle. The feedback from experts is currently being used for the further development of the project tools.

It is of great importance that emergency services, especially fire brigades, stay prepared on wildfires, as well. Fighting those type of fires requires special equipment and a customised approach, in tune with the local circumstances. Let’s take the Netherlands as an example. The country is largely flat and has quite a number of wooded areas. The forest fighting vehicles match this environment. The Safety Regions IJsselland and Twente, which cover the province Overijssel – in the east of the Netherlands, together with almost 1,16 million inhabitants – were pioneers in the field of fighting forest fires. To improve even further, the two regions collaborated intensively across their region borders. The reason for doing so was to share experiences with wildfires where firefighters were confronted with problems in the field of accessibility, efficiency and effectiveness. This led to a fantastic team of special trained firefighters. They were presented in 2013 as ‘Handcrew Overijssel’ and now, after almost ten years, they have proven their value more than once. 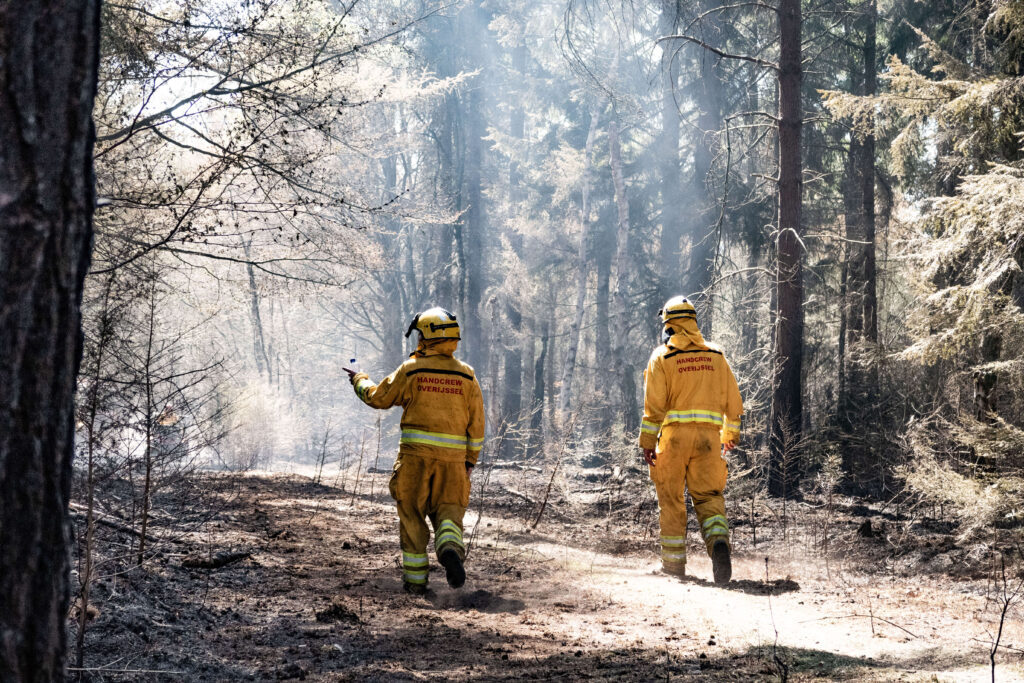 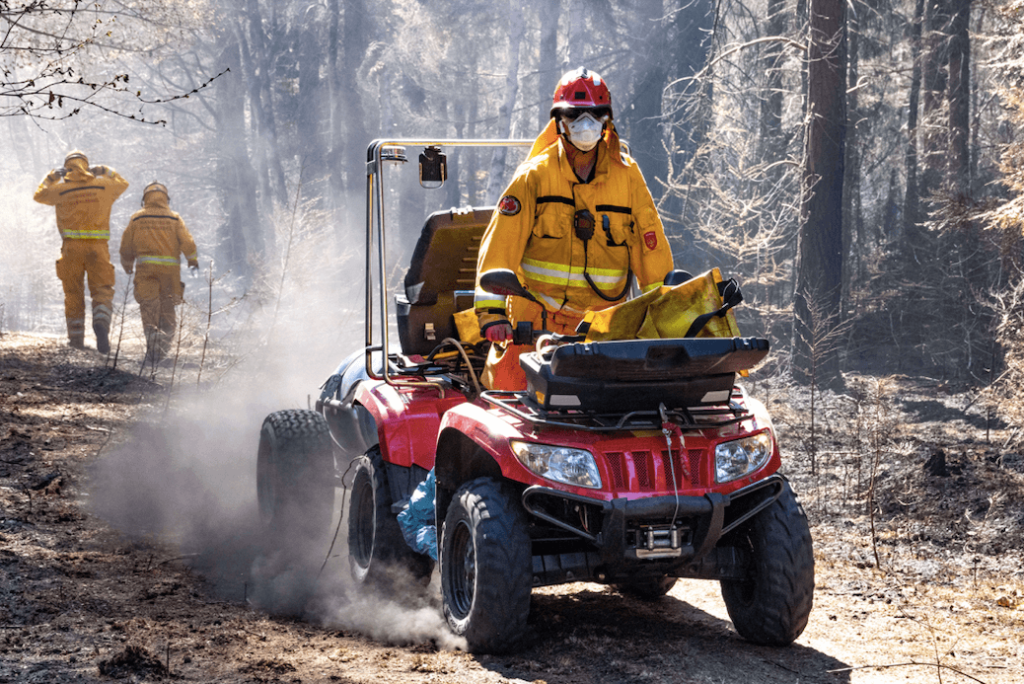 The principle of the Handcrew follows the American example, transformed to Dutch conditions. The team consists in total of ninety firemen- and women from different fire stations in the two regions. One crew consists of twenty firefighters, one superintendent and two logistic colleagues.

The name ‘Handcrew’ refers to the core of the work, which is mostly manual. The Handcrew members use special, protective clothing that’s much lighter and thinner than the usual fire protective clothing which is too heavy for the job. The Handcrew can reach places that fire fighting vehicles can’t reach, because they enter the area on foot. To prevent the fire from expanding, they create a handline, i.e., a sandy path, which often causes the fire to stop spreading. When this is not successful, the fire is at least delayed. The handcrew may also use drip torches to burn-off excess vegetation before the head of a fire approaches, securing the fireline even further. 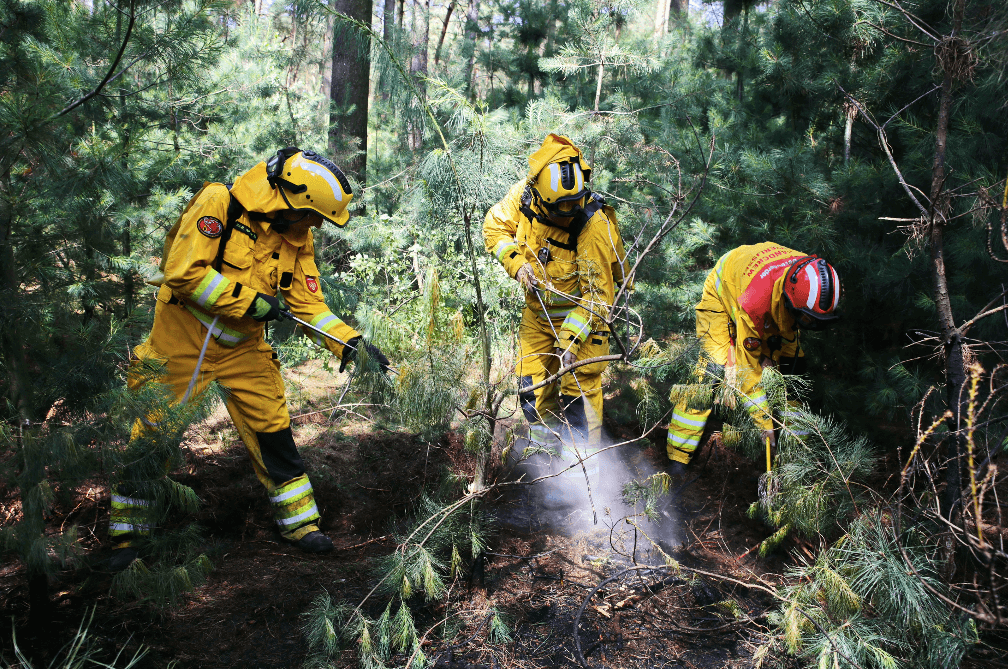 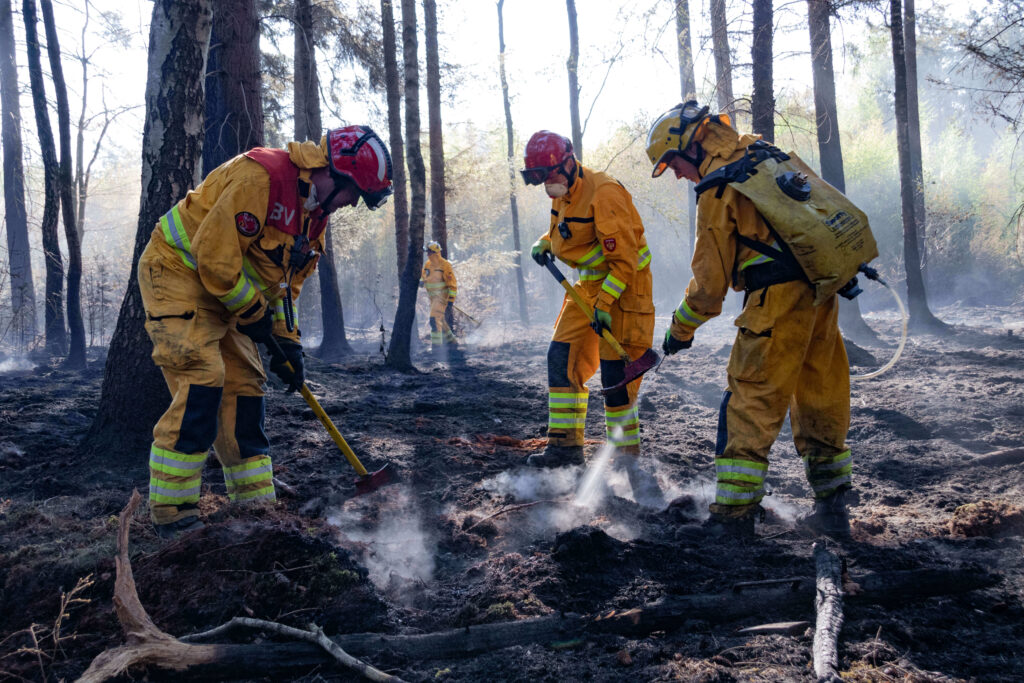 Handcrew Overijssel has developed itself to a national specialism within the national firefighters organisation Brandweer Nederland. They can be alerted for wildfires in all parts of the country.

With the perspective that drought will be a recurring phenomenon, plans are being developed for a second Handcrew in the south of the Netherlands. This means that fighting wildfires in the near future will increase in effectiveness. This development fits closely to the effects of climate change and improves the safety of people. In the STRATEGY project we work together to overcome all kinds of boundaries to provide a safe society.